Bring Your Own Device, But Can't Touch Them

The issue of BYOD (bring your own device) certainly has challenges for IT professionals.  Putting on one hat, you can easily see that it's wonderful to allow users to be productive with their personal tablets.  The other hat comes from years of experience, and knowing that they could be a support nightmare.  In enterprise IT much of what you do is work to having a consistent hardware base, to ease upgrades and reduce the difficulties that arise from diverse hardware.  BYOD is exactly the other end of the spectrum, there are thousands of hardware and operating system possibilities and end users often don't understand why their own personal $200-$500 purchase decision doesn't work.

The IT Director has crafted a new City policy, which includes a description of BYOD in great detail.  The overview is that they are allowed, and that no IT resources will be allocated to making them work or troubleshooting problems.

With all of that said, how then to deploy NX technology to tablets?  Users want to use their own tablets to connect to our GNOME desktops, but we cannot touch the hardware.  Users can download the Nomachine/NX client, but do not have the right key pair and there are settings and optimizations that would difficult for them to do on their own.  So we can't touch them, and it's not secure to email them the settings and keypair.  We kicked around some ideas and decided the best approach was to allow users to connect their Apple and Android tablets to City Workstations via USB and then initiate a small amount of software that mounts and then installs the .nxs and .cfg files needed to make the device work as expected.  This process is initiated by them via icon, and they accept the dialog alerting that there is no support in the event of problems or failure.

Once this R&D project was approved, I started to looking at tablets.  Android tablets mount pretty easily with go-mtpfs and Apple tablets can use ifuse.  I was able to then get to the NX settings folders of both types of devices on the command line and built a platform specific tarball.  I then created a simple Glade UI that requires them to ACCEPT the notice statement (UI is seen below).  This software is running on the workstation (not the server) and downloads the tarball and performs the install of the settings.  So far so good, and it's working on all devices that I have on my test bed. 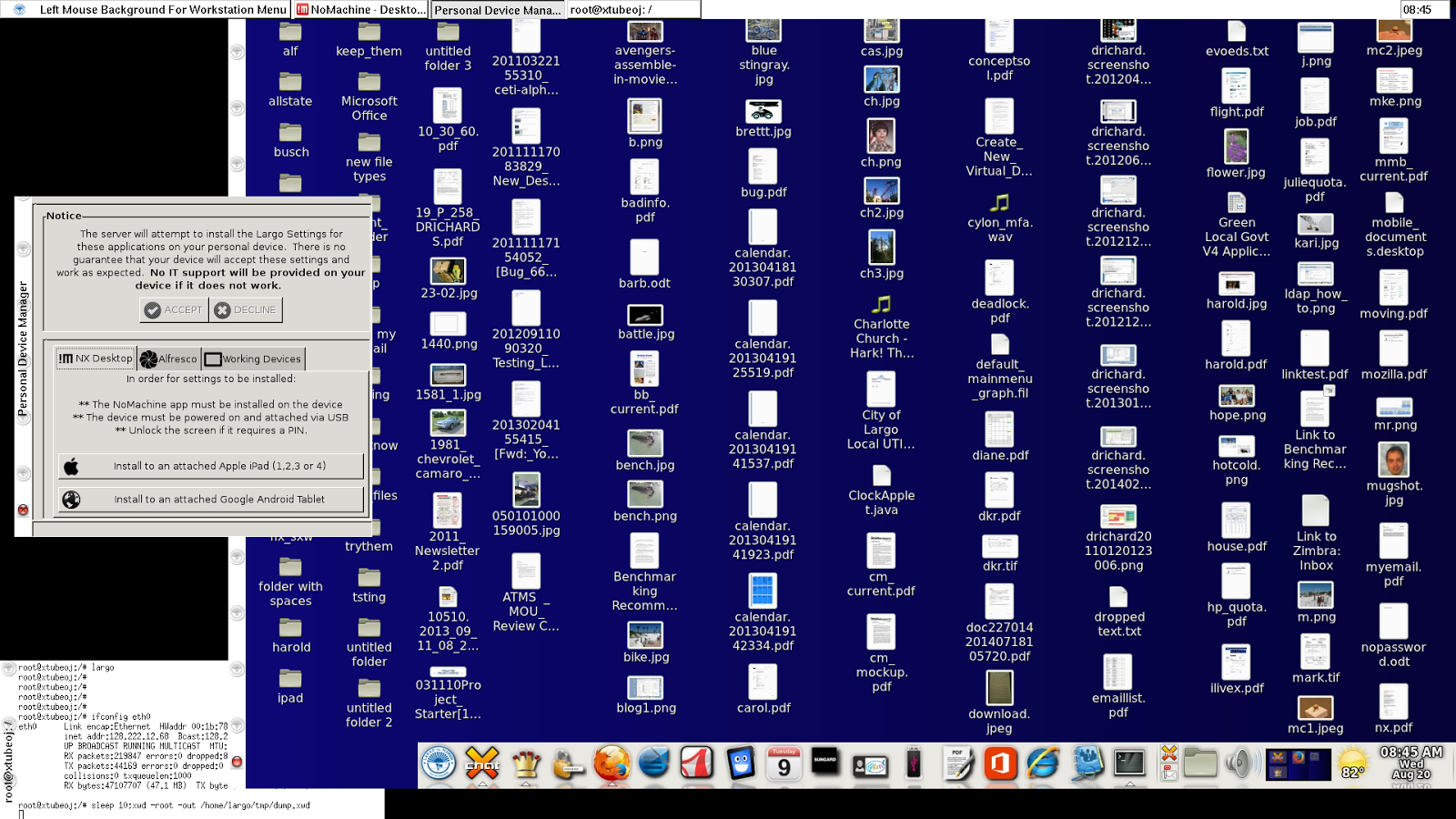 It was simple enough to add a tab that displays a list of tablets that are known to work, and this is downloaded at runtime with the most recent additions. 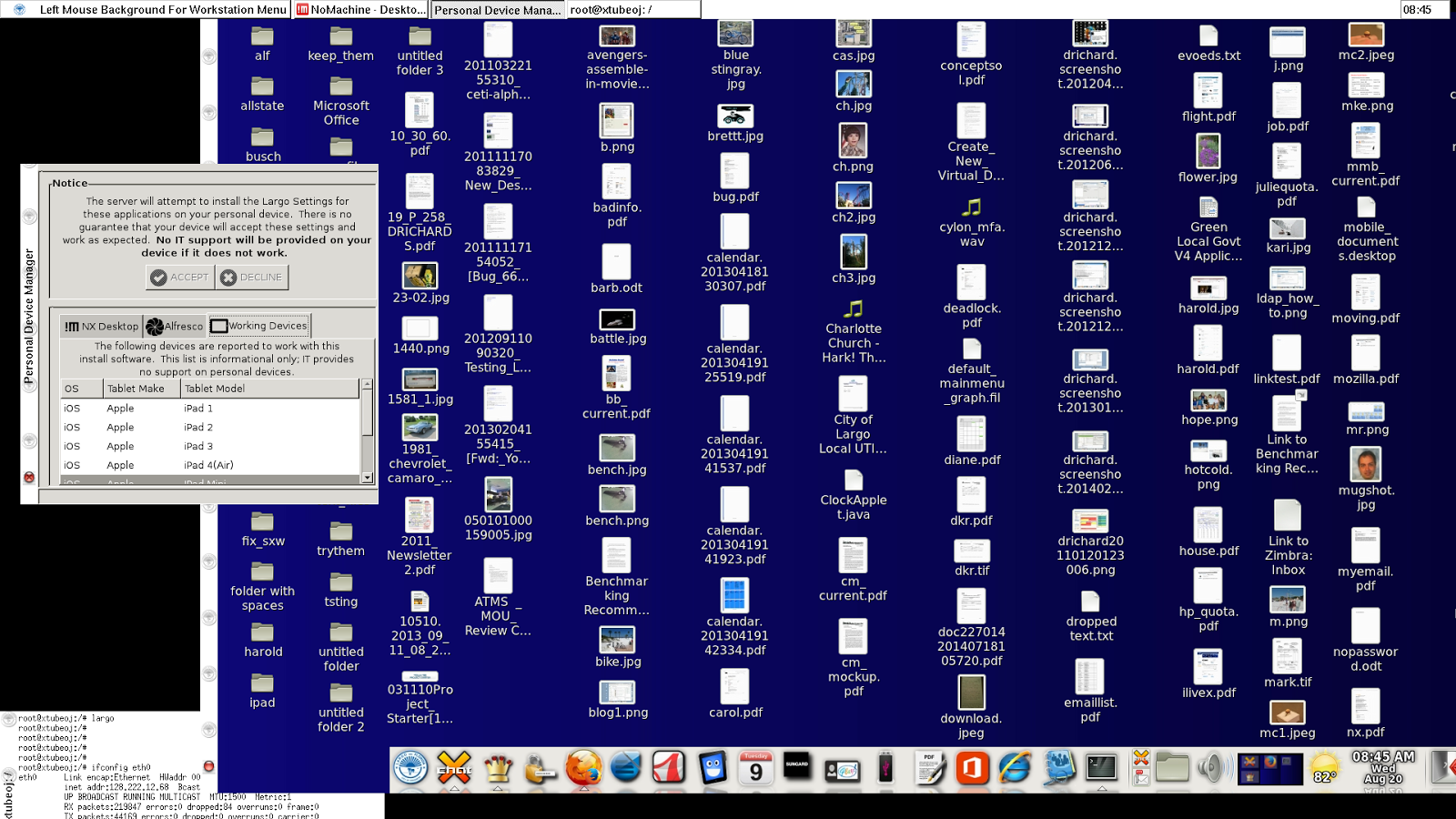 When the current settings profiles are built on the server prior to download, they are date stamped (YYYYMMDD) so that users can easily tell the date of their files right from the NX connection manager.  In the shot below, the UI has been used to install our three profiles and they are display correctly. 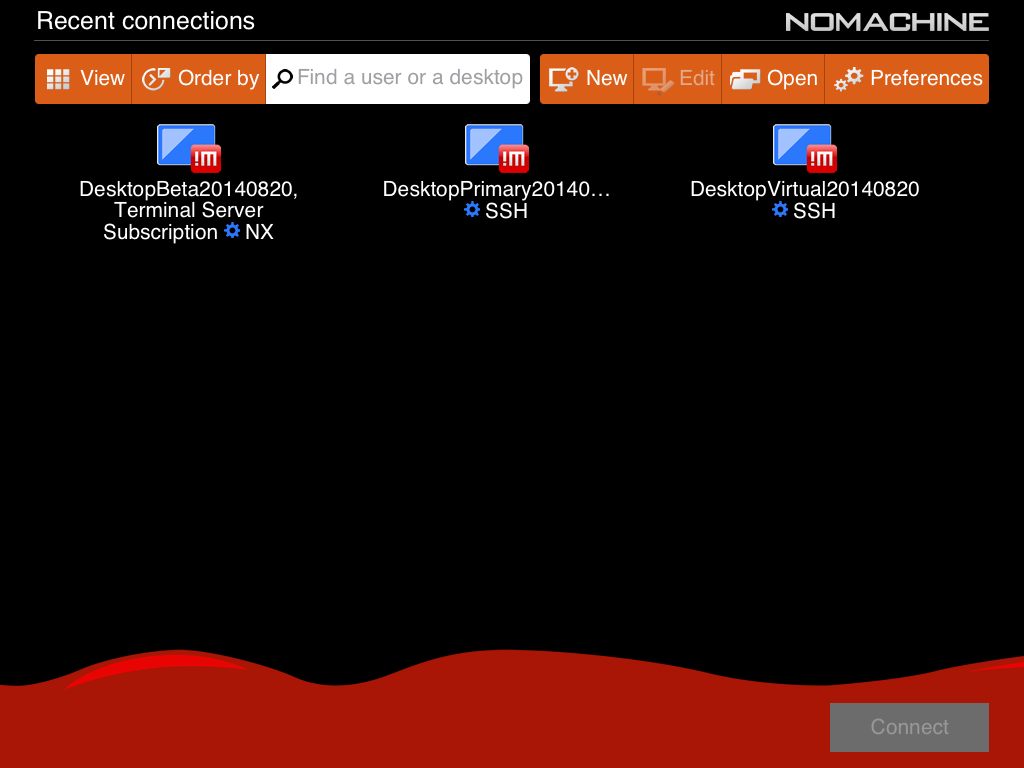 We have a few users now testing NX technology with Apple iPads and the feedback so far is promising.  In my next blog,I'll describe the user experience of NX and the GNOME desktop via a tablet designed for Touch software.


What about my Coby Tablet from Big Lots? How do I get the key on?

Hello your blog is sharing great information. Thanks for share this blog, flvanlines providing best Largo Moving Company
in USA.

Any person several opportune pieces, it comes surely, as well as you bring in crave of various the many other types of hikers close to you with hard part your question. pre owned awnings

Thanks for all the information, it was very helpful I really like that you are providing information on android app development. Great job you people are doing with this website.
Oracle Fusion HCM Technical Training